Why join a team when ultimately its the same thing?

Because all life works on choices…
And you chose life… as you said.
🙂

I choose life
But that is a conditional choice
Me, I would try not to be covetous or rapacious with my life
I would not destroy the lives of others on the alter of corporeal immortality

Do you know every outcome of your action to at all possible extends to know if you destroyed lives of any other living being (not just human) or altered what you call corporeal immortality ?Fancy words… but however you look at it you’ll always chose a team even when you’re not aware of it.Just my silly thought

I reject hatred, but I can’t make hatred go away, all I can do is emanate understanding. I can’t ensure that if I allow myself to be vulnerable, I will not be hurt. I probably will be hurt. What I can choose is whether to live a life with love or one without pain.

What I am saying is that I have a problem with the philosophy of the party of science and light. This idea that order needs be established to conquer chaos – so we drill our teeth until they are even, never wondering why society breeds cavities , just going along with sterile and uncomfortable procedures administered by well-meaning graduates who adopt the tenets of a degree without ever wondering if they accept the metacognitive scheme which underlies it…

No, I cannot ever with confidence say that my actions have not led to the harm of another. What is important to me is that I hone the jewel within me, because if I do my actions will become aligned with Necessity, and if that soul spark is perfected the oceans part to make way for transcendence

we can neither remain static nor burn everything to the ground.
Red Vs. Blue.
Black Vs White.
the alternation of forces on the checkered ‘field’

Has anyone ever considered the race wars are THAT ritual – the black versus white – there’s more then one layer of meaning to the racism here, which is abhorrent but it is also beyond what meets the eye.

Have any of you thought that perhaps there is more to the rainbow then its role as the banner of gay pride –
Gay pride has been around for awhile….the rainbow is being celebrated because the Great Work can finally “come out of the closet”

In Norse mythology, Heimdallr is a god who possesses the resounding horn Gjallarhorn, owns the golden-maned horse Gulltoppr, has gold teeth, and is the son of Nine Mothers.

Heimdallr is attested as possessing foreknowledge, keen eyesight and hearing, is described as “the whitest of the gods”, and keeps watch for the onset of Ragnarök while drinking fine mead in his dwelling Himinbjörg, located where the burning rainbow bridge Bifröst meets heaven.

Rainbow ! Rainbow
Go Away, Go Away,
Yonder is your mother on the gibbet,
She will be hanged before you reach

Rainbow, Rainbow, go away home
All of your children are dead but one,
And it lies sick at yon grey stone,
And will be dead before you get home.

It does not HAVE to be the fate of mankind , being pawns of the war for the throne in heaven, we have a primary Echo in the spiritual war but we are treasured by the Source because we are NOT angels – angels cannot be truly divine, because they are manifestations of cosmic will , incapable of evil – as are ‘demons’ because it is their function to produce a Jedi for those minds strong enough not to avert their gaze from the brow of the mirror

we can become exalted by standing for a new sovereignty liberated inside the helix , dynamic sentience capable of creating itself anew at every moment, beyond the constraint of the aforementioned possible….neophilus

once you sign on with a team you permit conscious indoctrination – that’s understandable…the contest of force needs to play out…I’ve thought about that….the rule of the masquerade is always in effect when the archetypes are assigned in advance…the mantle of guruhood strips the Grand Master of the muse eventually as the weight of tradition crumbles to the epiphanies of the Ever-Becoming

” Since there is a drought in the country We will hope for a dram. A little thing of the gift of summer [butter], I expect along with the bread. If you have got it at all [lit. ‘ of the world ‘], If you may give, do not keep delay upon us ; I am in the open door, so let me in.”

[The next line is unintelligible, probably half forgotten] To-night is the night of the hard hangman. The hard cruel tree to which Christ was hung ; Christ, the Clerk above us. [Another obscure line follows.] High is the cake, and high the poor. And high is He of to-night’s night. Brigid went upon her knee. The King of the elements sat on her breast.”

An Oath pays homage to the mechanism of the watchmaker and the rhythmic click of the gears as the hands turns…an Architect, the pedestal of proportion and order

NaCl is a perfect foundation cube when bonded 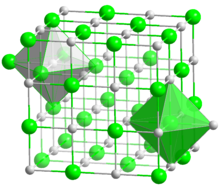 yet salt dissolves so nicely in water, ring around the rosie

Authority is hard to resist

People need to fit in

It would be nice to have allies
But do I trust we are both fighting for the same thing?

Lots of great people decided that they might never be leaders, but hell if they’d follow…
the whim of vision calls fiercely to the genius and the fool
but so does the lust for power….