With a hologram, any tinest part of the whole contains the whole within it. All fragments are self-completing. infinity between infinities, just like the space between 0 and 1. you can make fractions for eternity, our universe is like the fraction between 0 and 1.

a simulation implies that something is not real….but a hologram is real, even though it is merely a projection, the prism through which matter is projected is the perciever, and ultimately the light itself that creates the temporary world of our senses is itself eternal, and the temporary is no less real for being transitory….

they say the degrees of beings that exist in hyperdimensional terms would correspond to the frequency of light through which that being could cast into the prism of matter and the sensory universe….say some being could project into the world outside the normal range of electromagnetic spectrum, perhaps these overlord or higher beings are simply more energetic and coherent forms of sentience?

I think the most misleading part of the matrix is the whole thematic fixation on AI and technology related motifs – it may just be that the nature of the two things are similar, but we will be fooled or mistaken if we are not able to recognize electrical beings are different from robots or ai , hyperdimensional entities could look in ways we’ve never had organs to percieve

I feel though I have seen them

Therefore, enter the mechanics of aging, consumption and death: a tax on living things via the principles of the Universe, one to cause them to literally fade away unless they choose to actSort of an alternate imagining of things I guess.

Don’t you think the aforementioned state closely resembles what many mystic groups have termed ‘nirvana’?

The state of equilibrium evaded by all living organisms…

Thread: What if I don’t want eternal bliss (or damnation)

“When Saturn ruled the skies alone
(That golden age, to gold unknown,)
This earthly globe to thee assign’d
Receiv’d the gifts of all mankind.”
[link to thunderbolts.info]

to tie this back to my OP in ‘maybe it’s magic‘ , the concept of magic squares having a special shape on the electromagnetic plane which corresponds to elements on the periodic table and further to planets in the solar system with their own ‘resonance structure’: the seven planets arranged respectively by magic square:

“The mass effect of matter is caused by aether vortical motion that renders the phenomenon of universal gravitation.”
hence the difficulty of discerning the source of gravity, by a different model

The slightly phase shifted precession effect of Sun, Jupiter, and Saturn in its ~59.3 year cycle, would render with negative pressure to form an internal stellated octahedron structure in its nested atmosphere with spinor field manifested at the Lagrangian points, and an external cuboctahedron structure for its resonated matters interacting on nested atmospheric layers in the isotropic confinement of the atmosphere. These is the underlying mechanism that vortically oscillates and consolidates its viscous matter medium to form shapes of hexagonal structure within the manifested cuboctahedron structure, and also resonate with torque-free precession to spawn vortices in the vortically confined nested structure.

Heuristically, the 3D dual-core torus-shaped morphed hypersphere of a spheroidal structure that can vortically manifest all sorts of polygonal structure, could be intrinsically associated with 2 times of ~137, and shows up as the ~273 ratio in the geometry of square and circle. 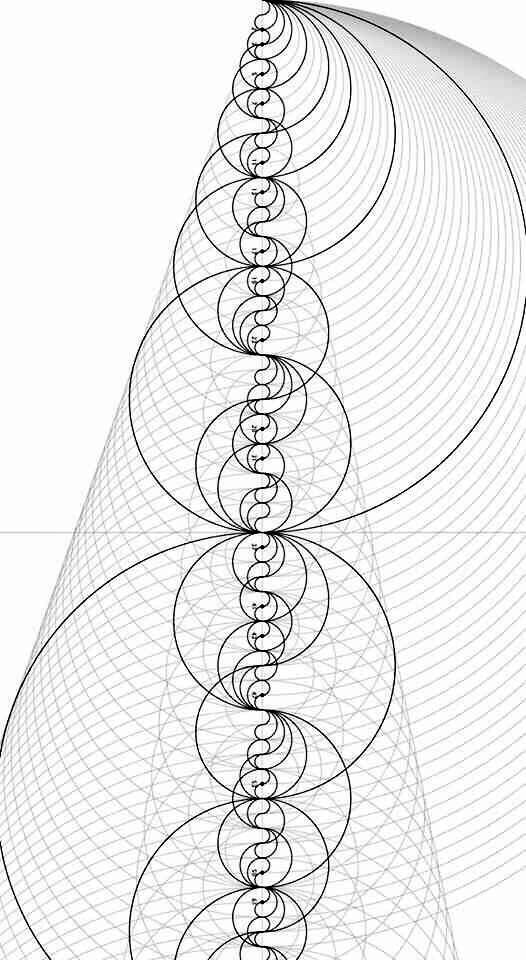 in FFXIV, there is a raid battle with 13 parts called “The Binding Coils of Bahamut”

Each segment of this sprawling fight is called a TURN , from 1-13, as each turn is a segmented of enfolded coil

One thought on “Saturn//Chieftain Chiral Resonator//”