Was that the ultimate goal of the torture?

Seems to me this type of separation from personities and blindly doing what one is told is employed very effectively in what we call ‘bootcamp’.

He is shaved to strip identity. You are no longer an individual, you are a soldier. I think forms of this happen all the time and most hold more than one title they identify with.

Yes, bootcamp is one extension of the use of mind control.

A person, to be a good soldier, must be mind controlled to some extent, I recognize that.

It is true that most people cannot kill without being programmed to do so with very heavy conditioning. This is a very serious misconception, people are bad killers. We must be conditioned into killers and this was a serious practical issue without pavlovian conditioning and other fruitful tricks such as putting people in a group of sadists so that the peer pressure bends them to conform. (IE, the Stanford prison experiment can be put to a use quite the opposite of what Dr. Zimbardo probably intended….)

What is the use of subjecting a person to such severe trauma that they dissociate and compartmentalize their experiences? and yes, it is exactly what I am talking about , it is indeed MPD and DID.

If you look into what causes MPD and DID, typically it is indeed trauma, but think of it this way….

I actually have an article called “neuro meets crypto” on this very subject. if you are in the business of trading in secrets, you want an agent who is malleable to the handler. if you think the average army boot camp conditioning process presents an incontrovertible example of mind control, have you ever wondered what the conditioning process is at the higher echelons of black ops and top secret?

SOMEBODY has to handle those operations. but if I were handling such sensitive info I would definitely make sure that my operatives were not in a position to compromise me.

when you provoke serious trauma causing compartmentalization you get a person who is suggestible and they are not going to be able to just change their mind on a whim and give all your secrets away.

and don’t forget what we have all learned here as students of this particular website, mind control in a cult setting (which is literally all that ‘the AGency’ is, in technical nitty gritty) typically produces a very strong bond between the handler and the handled. by the admission of the operative who broke his oath to write that book about the CIA, they are very loyal to those that are considered part of the group. there is indeed a lima syndrome/stolkholm syndrome bond that is not insincere.

event hose agents that are ultimately disposed of are typically romanticized , people have endless rationalizations, if you push the bizarre end of the behavioral spectrum and look at people who chase secret wisdom, wow if regular knowledge is power, secret knowledge is the trump card of the new aeon, right?

I have seen people here do very funny things and I have seen people here who have been traumatized rather severely; the connection by no means escapes me. if that was thirty, forty, fifty years ago with no mention whatsoever to the digital or electronic side of the equation it is almost unbearably frightening to conceive the full potential power of control to any such people or group of people that did something so predictable as to take advantage of a means of control that is available to the dark of heart

I am just asking everybody to keep their minds open

The daughter of a certain King, who was acquainted with the secret arts, challenged “the ‘Efreet Jarjarees, a descendent of Iblees’ to mortal encounter, and taking a knife upon which were engraved some Hebrew names, marked with it a circle in the midst of the palace. Within this she wrote several names and talismans, and then she pronounced invocations, and uttered unintelligable words; and soon the palace around us became immersed in gloom to such a degree we thought the whole world was overspread; and lo, the ‘Efreet appeared before us in a most hideous shape, with hands like winnowing forks, and legs like masts and eyes like burning torches; so that we were terrified at him.

The King’s daughter exclaimed: ‘No welcome to thee!’ – at which the ‘Efreet, assuming the form of a lion…rushed upon the lady; but she instantly plucked a hair from her head and muttered with her lips, whereupon the hair became converted to a piercing sword, with which she struck the lion and he was cleft in twain by the blow; but his head became changed into a scorpion.

The lady immediately transformed herself into an enormous serpent, and crept after the execrable wretch in the shape of a scorpion, and a sharp content ensued between them, after which the scorpion became an eagle, and the serpent, changing to a vulture, pursued the eagle for a length of time.

The latter then transformed himself into a black cat, and the King’s daughter became a wolf, and they fought together long and fiercely, until the cat, seeing himself overcome, changed himself into a large red pomegranate, which fell into a pool; but, the wolf pursuing it, it ascended into the air, and then fell upon the pavement of the palace, and broke in pieces, its grains becoming scattered, each apart from the others, and spread about the whole space of ground enclosed by the palace.

The wolf, upon this, transformed itself into a cock, in order to pick up the grains, and not leave one of them; but, according to the decree of fate, one grain remained hidden by the side of the pool of the fountain. The cock began to cry, and flapped its wings, and made a sign with its beak; but we understood not what it would say.

It then uttered at us such a cry that we thought the whole palace had fallen down upon us; and it ran about the whole of the ground, until it saw the grain that had lain hid by the side of the pool, when it pounced upon it to pick it up; but it fell into the midst of the water, and became transformed into a fish, and sank into the water; upon which the cock became a larger fish and plunged in after the other….

Quoting: The Story of the Second Royal Mendicant

The illuminati card game is no longer on the market, but there is a new game called “Fluxx” with the same rules.

I have been playing Cthulu Flux. We played 7 times yesterday (me and some friends). I won 6/7 games (I only lost the first time we played).

Cthulu Flux is essentially the illuminati card game , and I continued to get the Necronomicon and when Ungoals destroyed the field, I just so happened to have the trump card Secret Cultist in my hand. Also most of the time I had Cthulu.

(I have finally overcome my fear of endgame inadequacy sofar enough to attempt challenging the hulking behemoth Illuminati primal Alexander, myself. The storyline, I daresay, is rather interesting.)

” The citadel was meant to bear the most brilliant scholars and artificers of the age to the four corners of the world, that they might set about unraveling the mysteries of creation. And this utopia…this shining seat of erudition, was to be called Alexander.
” 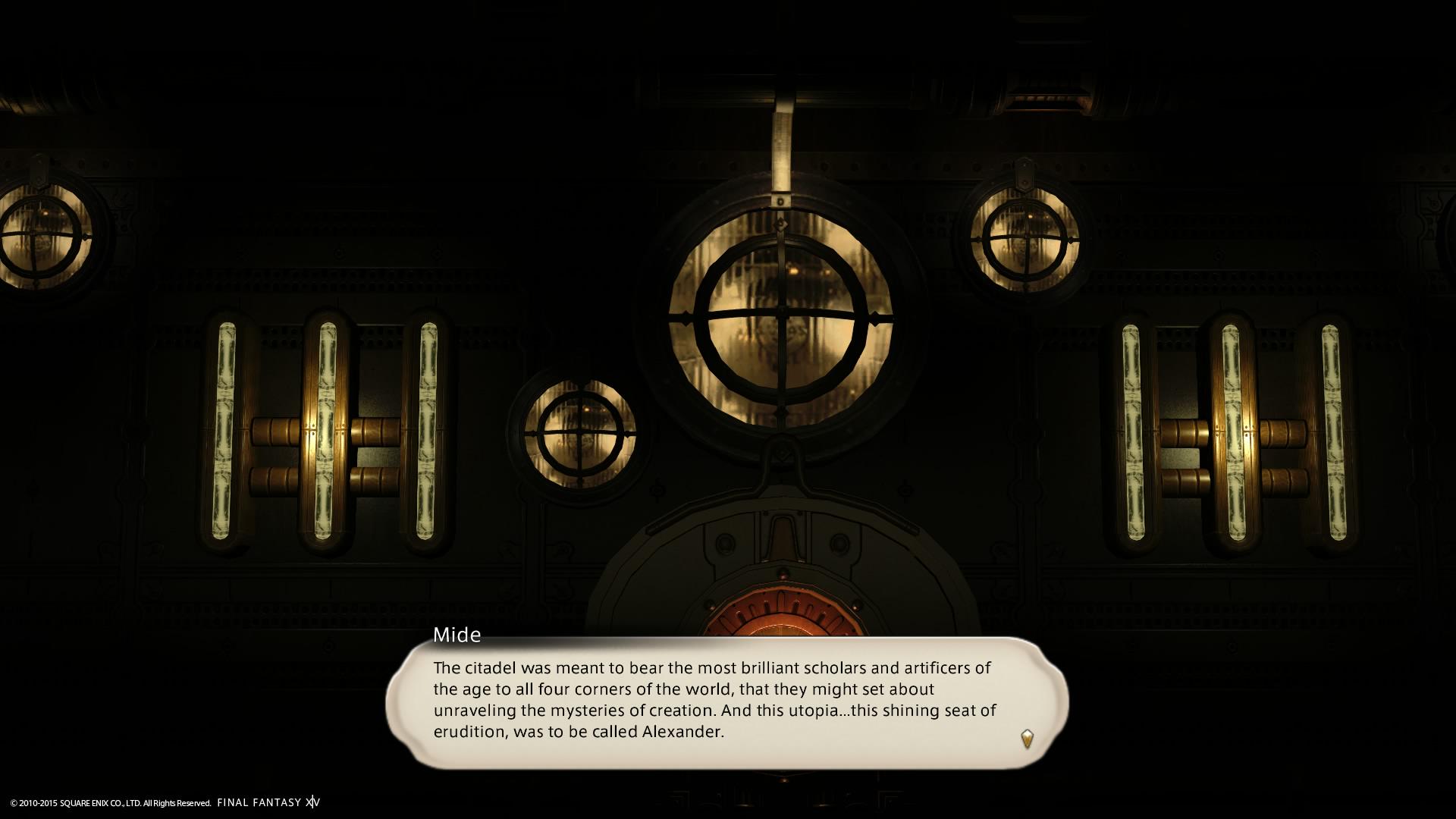 ” … And what, exactly, would the Illuminati do with all this knowledge? ” 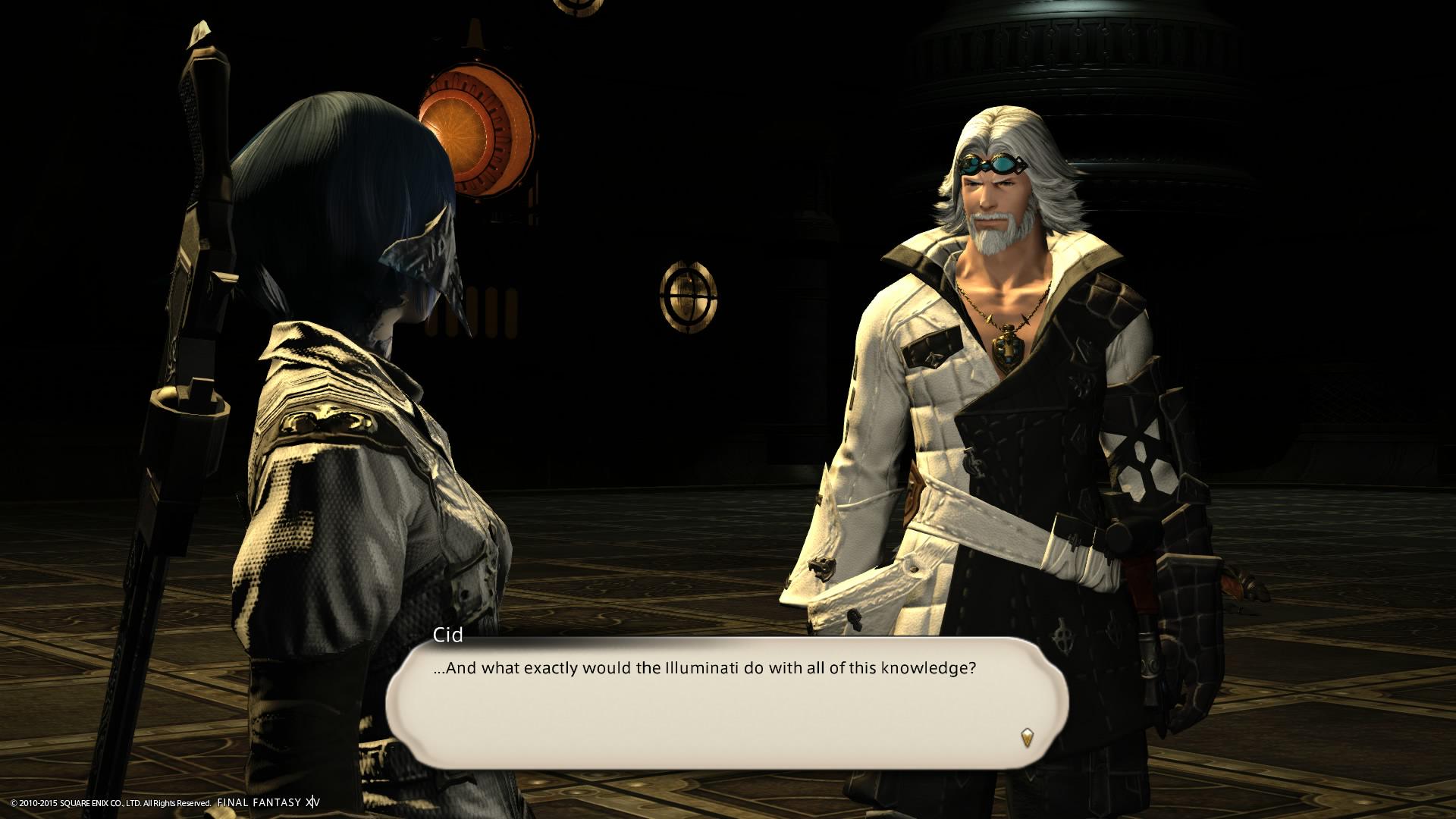 ” Use it to take control, most likely. Create a world ruled by chosen scholars. Unless I’m mistaken, that’s why the Illuminati exist. ” 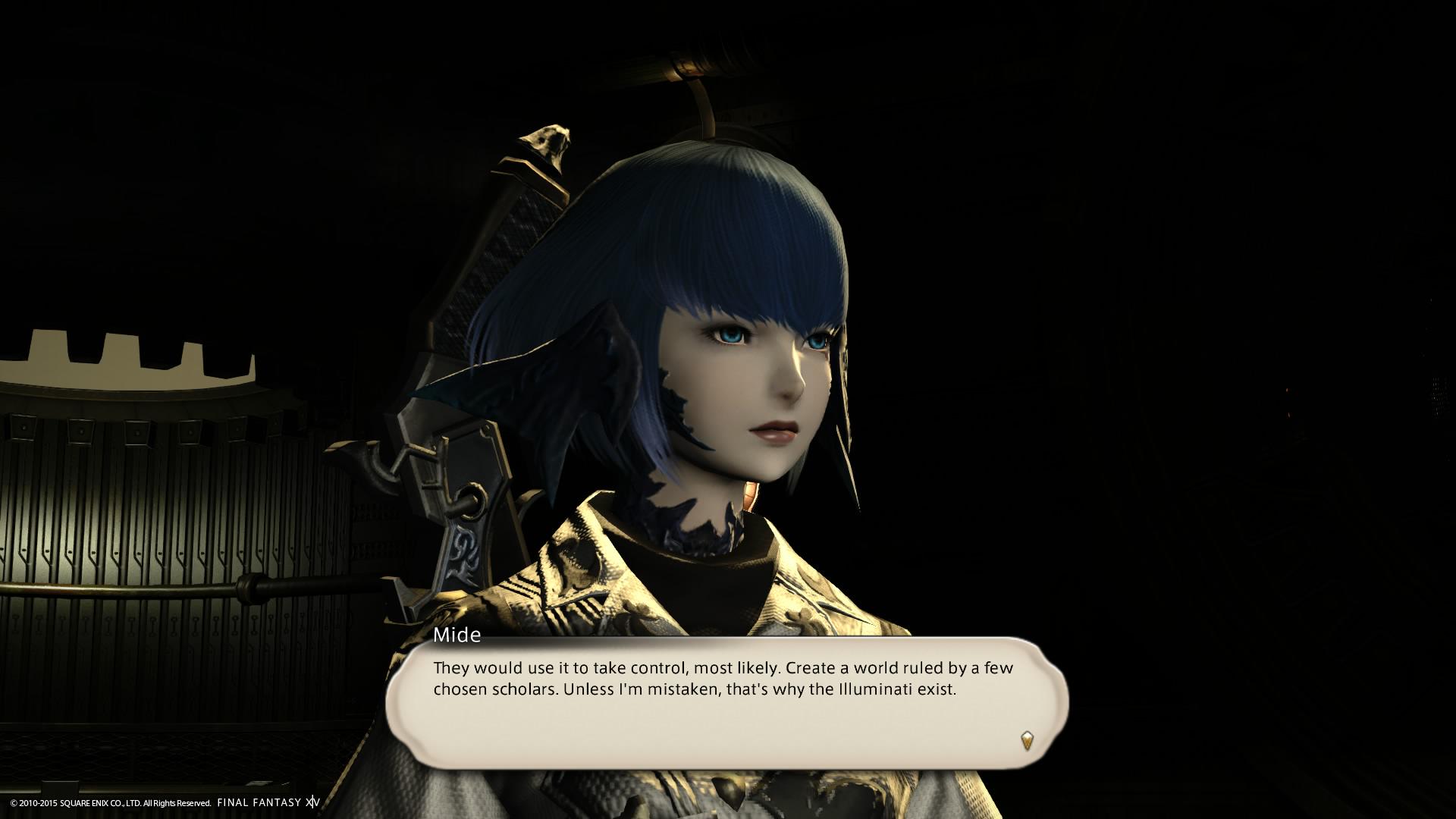 ” Inside the fortress of the Illuminati, the chosen will live on. If inferior on the outside die for progress so be it. This is the price of seeking for knowing “ 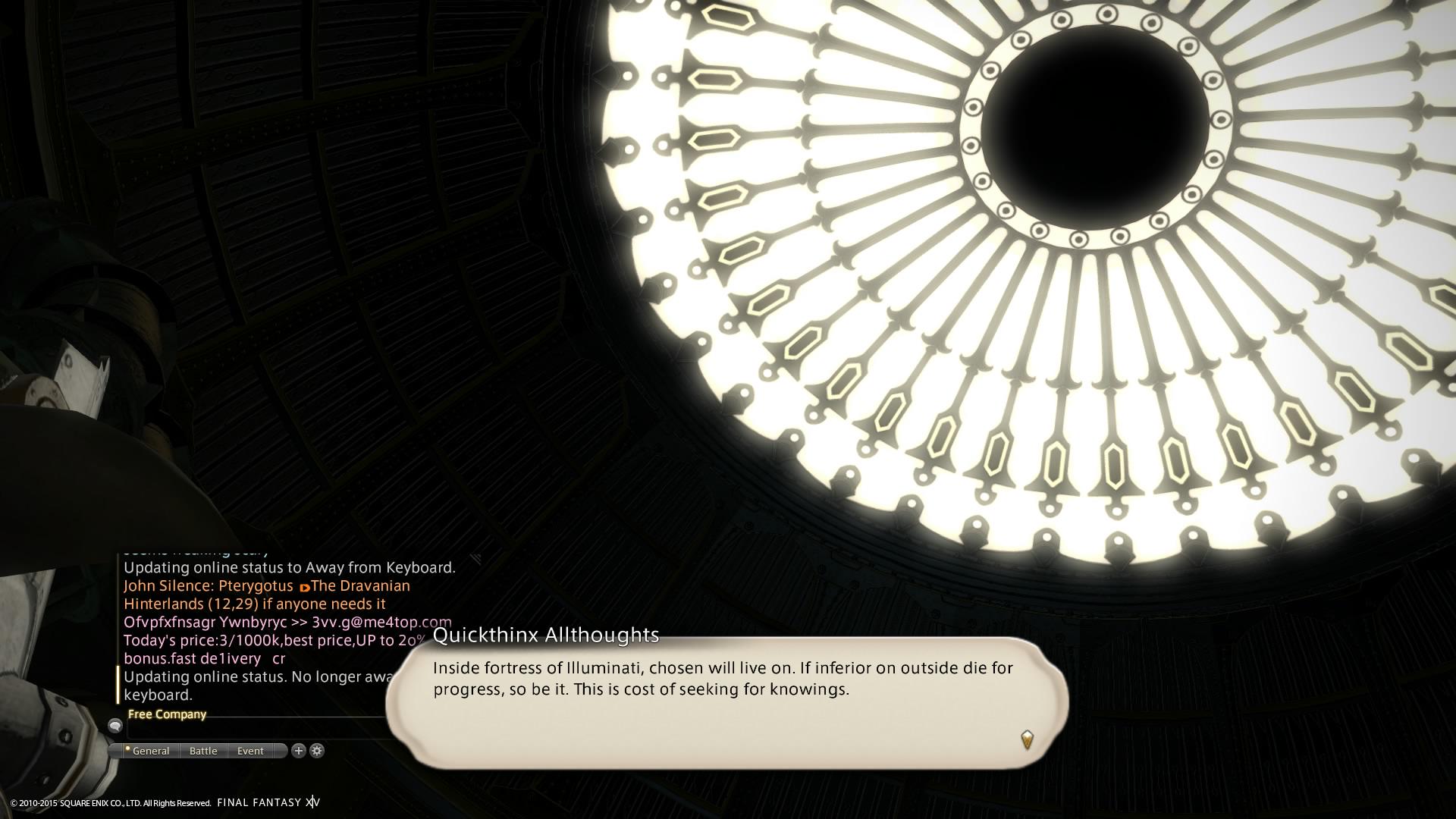